The Winter Olympics opening ceremony was today in Pyeongchang,  South Korea, and they are reporting it to be very cold.  Since it is also very cold here, and also because we have about 10 inches of snow and it is still snowing, we decided we could host our own Winter Olympics.

View from the south deck 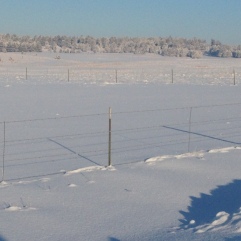 View to the west

North side of the house 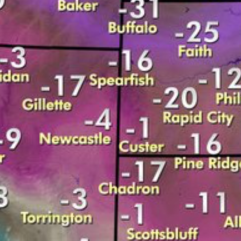 Hey Look! We’re the warmest spot in the Black Hills!

While we may have the same weather as Korea, our Olympics differ because there will be only one country represented (USA) and only two team members participating (Pilot Dave and myself). 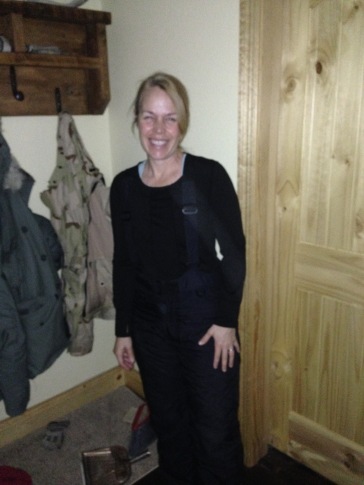 Getting uniformed up in the mudroom, fixin’ to do chores

Most of the events in our Olympics are team sports.  They include Snow-Clearing, Ice-Breaking, Stall-Mucking, Tractor-Driving, and the ever-popular Wood-Hauling.

Thd wood tote for hauling into the house 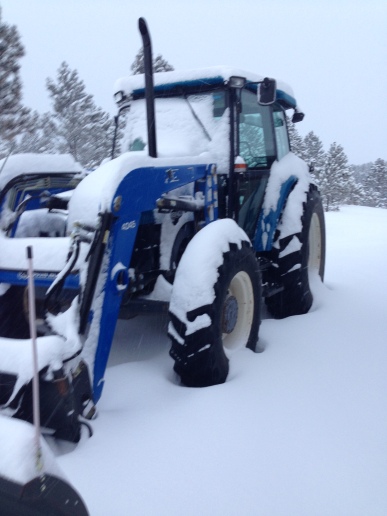 Babe before getting warmed up for plowing

Dave won the gold medal simultaneously for two of the events, Tractor-Driving and Snow-Removal as he spent about 3 hours plowing Stagecoach Springs and all the driveways.  I definitely got the silver in Snow-Removal for raking snow off the solar panel.

The Wood-Hauling medal is still up for grabs.  This is the winter’s longest event and it appears we may run out of wood before we run out of cold weather.   That will add an entirely different dimension to the sport as we will have to either pick up logs from the multiple piles around the northern pasture that we just cut in the fall, or we may have to buy a truckload from one of our friends.  Either way, there will be some wood-splitting involved.

We will Share the top spot on the podium for stall-mucking and ice-breaking.  Speaking of podiums, we don’t have one but we have a Poo-dium which is the mountain of cow manure we have removed from the stalls thus far this winter.  Even if we win an event, we don’t feel much like climbing up on the poo-dium to receive a medal.

Unlike the official Winter Olympics, we compete for our gold-medal award winning wine, and instead of silver medals we go for Silver Bullets (Coors)!  Just kidding, we aren’t fancy and prefer Franzia and Keystone Light.

The herd of cattle serves as the judges. They are not impartial and definitely the heifers love Dave the most. Not Fair. 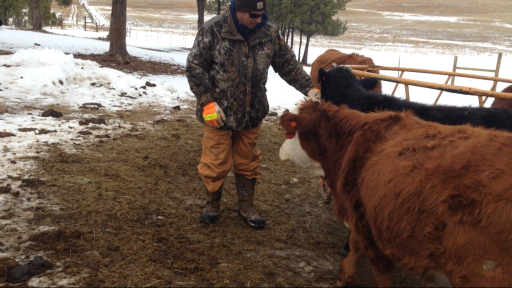 Heifers coming for their morning scratching

Holy Cow! Those heifers are getting BIG!

Following the games, neither one of us expect to be on the Wheaties box, but we wouldn’t be surprised to get a sponsorship from Bogs or Carhartt, or more likely, Keystone or Franzia! Stay warm out there!