29 July 2017 – Cloudy and raining, highs in the mid 80’s
This week we had some old friends of Pilot Dave’s visit on their way home from camping in Yellowstone and Grand Teton National Park. By old friends, I don’t mean they were old, just that Dave has been friends with them for a long time. They go way back to the early 80’s, which their kids all thought was back when dinosaurs roamed the earth.
Anyway, there were two couples with two kids each in two campers. The families were really fun and they were all very nice. And they brought one sweet little dog.

They parked next to the driveway which was the most level place we could put them. They had been camping in the National Parks and we think this was a welcome reprieve for them from the crowded campgrounds. They did have some noisy neighbors, though (Cowboy Dave’s cattle!) but were able to get some peace and quiet. We were also grateful they brought rain with them each night, which we desperately needed. 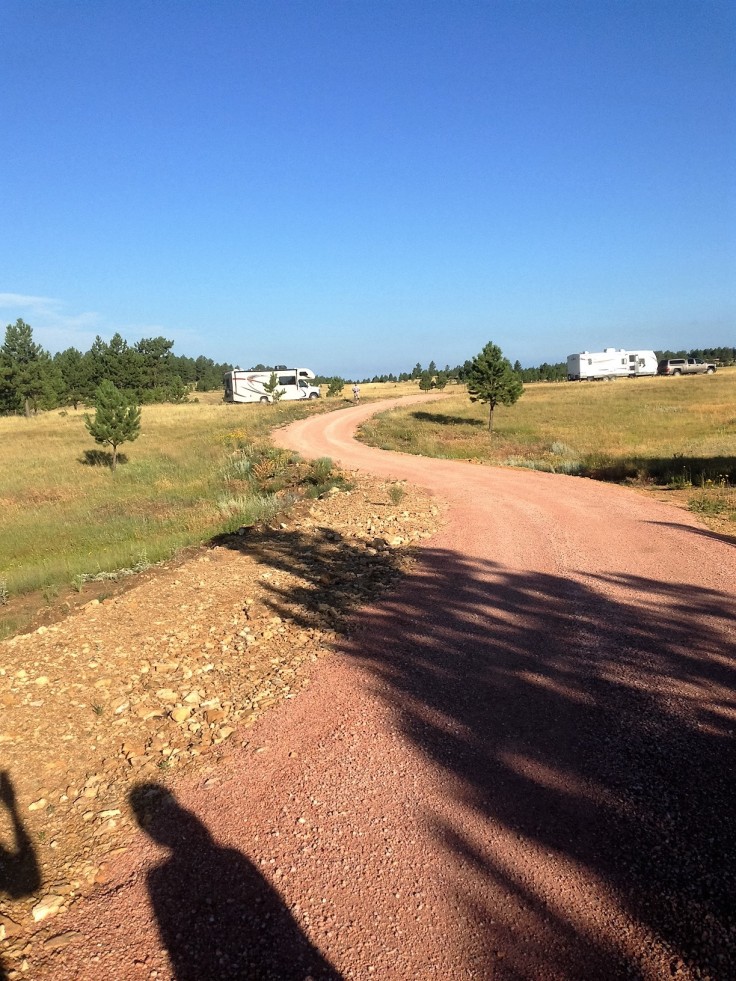 The first night when they arrived, we gave them the tour of the property in the mule and by foot. They spent the next day enjoying the Black Hills and seeing Mount Rushmore, Wind Cave, and the beautiful secret jewel that is Custer State Park. After their adventures, they returned to the Holler and we grilled burgers and dogs. The boys enjoyed some time shooting guns off the back porch, and one of the young girls showed them all up with her Dead-eye abilities and plinked a barrel 150 yds away with only the 2nd shot she had ever fired….EVER.
Their visit was short and sweet and we were happy to have the company. It always makes us happy to see dear friends, but especially to see families taking their kids to see the Great American West. There truly is no match to the beauty of the country out here. Photos, TV, or even virtual reality will never do justice to this beautiful place or the amazing parks that are not that far from the Holler.

Country Living, RV Living, What to do in Custer