Dave’s Mom and John came to visit us last week.  The weather had been beautiful and the first day they got here it started getting cold, rainy, and windy of course. Uninhibited as we South Dakotans are by the weather; we still gave them the grand tour of the property.  First we introduced them to our awesome neighbors, Cowboy Dave and Linda. Cowboy told them all about this area, and how we are right in the middle of the old Stagecoach route from Deadwood to Cheyenne.  Then, Linda and he insisted we take the mule (Kawasaki) to drive the area instead of just tromp around like we had planned.  It was very nice of them, and it made it easier on everyone considering the rocky/hilly landscape.  Thanks Cowboy and Linda! 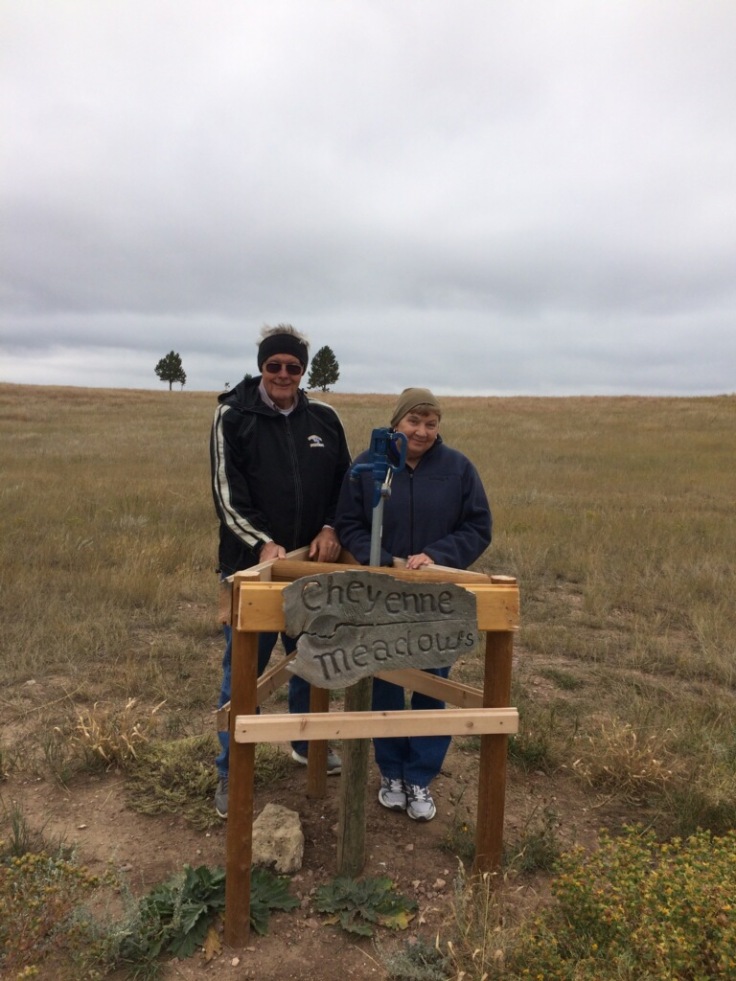 After the grand tour, we drove them up through pleasant valley to Custer and had lunch at the Buglin’ Bull.  Considering they were weary from traveling and we had plans the next day, we left them at their hotel in Custer with plans to meet up early and work.

We had originally planned to put them to work with some tree limbing and slash pile dragging, but the weather was wet, leaving the build site a big muddy pit.  We decided to take them to go pick up 30 bales of hay that we would use as insulation for the camper. 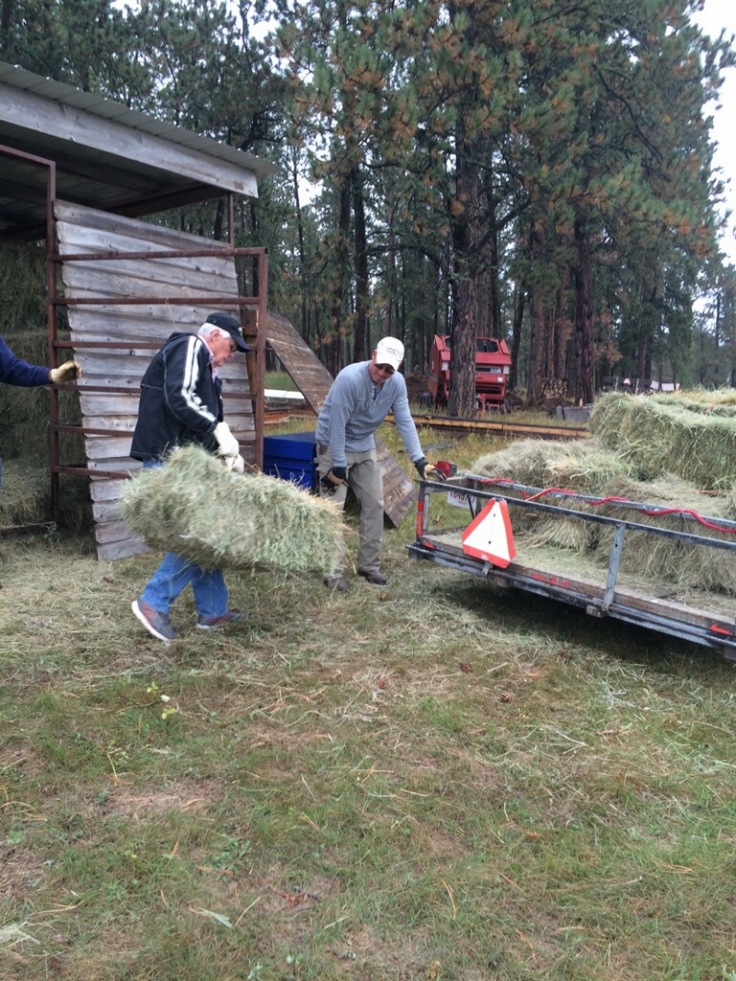 After this we took them on the not-so-touristy trip through the Red Canyon, where Cowboy took us months ago.  We showed them the old mining shafts and the site of the Metz Massacre, then we continued down to the town of Edgemont and picked up old Hwy 18 to drive up by Rocky Ford Road where we almost had bought property, but are glad we did not.  We continued the scenic drive up through the town of Hot Springs and through Wind Cave National Park where we got to see tons of bison grazing in the cold, dreary weather.

The next day, we were up early in Custer for the much more touristy drive through the Needles Hwy.

Buffalo in the Park 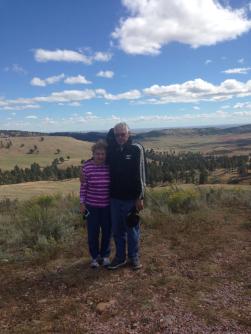 Mom and John in the middle of nowhere

We continued down through Rocky Mountain National Park and we watched the “Spirit of Tatanka” movie at the visitor center.  They really enjoyed it and then we took the backroads off of the Wildlife Loop to see herds and herds of buffalo, tons of antelope, and of course, prairie dogs.  We ended up in the booming metropolis of Pringle at the Hitchrail Bar for a buffalo burger and some chili.

We had a great visit with Mom and John, we only wish the weather would have been better.  It was great to see them both and we hope the next time they come we can host them in our home and they won’t have to stay in a hotel.

Build Site, Vacation, What to do in Custer, Winter