On Thursday September 10th, we left for a working “vacation” to Custer, SD. The purpose of the trip was to decide where to build the house, meet with our builder, ask a well drilling company about the cost of a well, and meet with the power company to see how much it will cost to get power to the build site.

Our flight to Denver via Atlanta was uneventful. There are flights into Rapid City, which would have been a lot closer, but due to the time of year that flight was almost $700 more. So, we chose to fly to Denver, rent a car and drive a little over 5 hours to Custer.

We landed, retrieved our luggage and made our way to the rental car office by 1:30 or so. We had a very good daily rate for the car but it turned out that rate was for a Geo Metro so we asked for an upgrade and settled on a Jeep Cherokee for about $10 per day more. The Jeep was comfortable and averaged 30 per gallon! After a short detour to do a drive-by our old home in Johnstown, (about 45 miles north of Denver), we were on our way.

The trip took us through Cheyenne, Guernsey, and Lusk, WY before crossing the SD state line west of Edgemont. From there a pretty short drive to Stagecoach Springs Road. The scenery was unbelievable and we were able to make it to the property in time to see our first sunset there, amazing site! 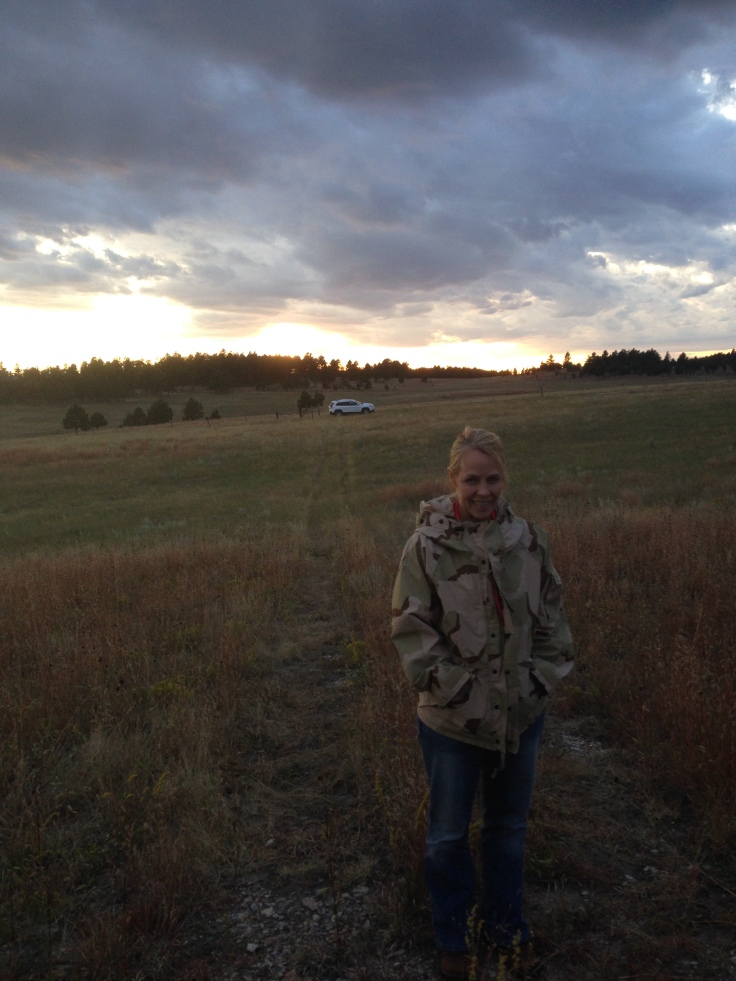 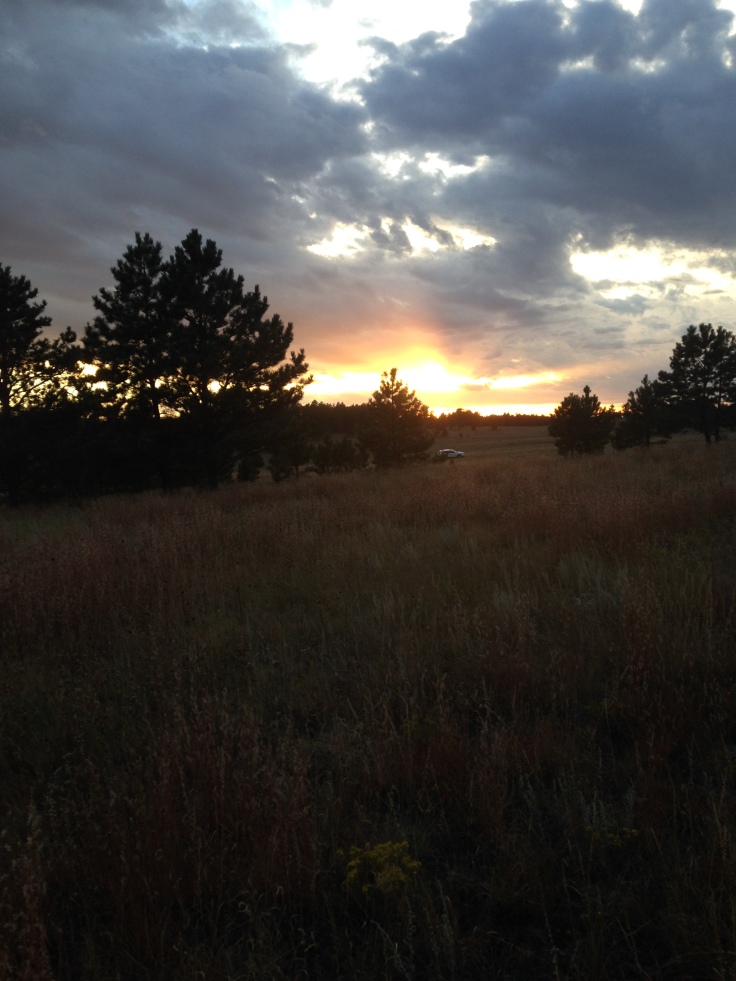 We were so tired after the flight and drive we didn’t spend a whole lot of time on the property the first evening, we needed food and rest. We checked in to the hotel and headed into town for dinner. The first restaurant we went to was just closing for the night so we ended up at the Buglin’ Bull Restaurant and Sports Bar, named after the sound bull elk make during the rutting season, the food was awesome! If you’ve never heard an elk bugle click on this YouTube link. https://youtu.be/phib36cTLiI

We then had to get some sleep.

Friday the 11th:  We got an early start and walked the perimeter of our property to decide where the house should go and after several hours we found what we think is the perfect spot. It’s on the northern boundary of the southern parcel, up on a hill with great southern exposure. The view to the west is good as well for sunsets on the porch with coffee. Our builder showed up around noon and we staked out the footprint of the house to get a feel of how it would sit relative to the surrounding trees. We now need to figure out how to get power to this spot, as we are about 2,000 feet from the nearest power pole.

In the afternoon we visited a cabin on Saginaw road that Todd built that has several features we are basing the design of our house on. Jen loved the cabin and the timber frame look! Later that day Jen’s parents arrived and we all had dinner in Custer.

Saturday 12th: We all got up early and had breakfast at the hotel and drove back to the property to show Jen’s parents where we want to build. After a few hours on the property, we headed to Black Hills Aerial Adventures so I could drop off a resume, which would leave the rest of the day free for some site seeing. We spent about an hour touring the facility with the owner who showed us the passenger sales area, a tour of two of the helicopters and the maintenance hangars. The history of how he started this company is truly an American success story! The owner also gave a good tip for lunch, the Alpine Inn, fantastic German cuisine. Following lunch we drove Jen’s parents up Needles highway, several pictures below with the rock tunnels were taken on this drive. We ended the day trip with a drive through Custer State Park in search of a view of some Bison, usually an easy task. However, this day we only saw one and that was almost at the end of the park. Next back to the hotel to clean up and get ready for dinner and some homemade apple pie Jen’s mom brought. 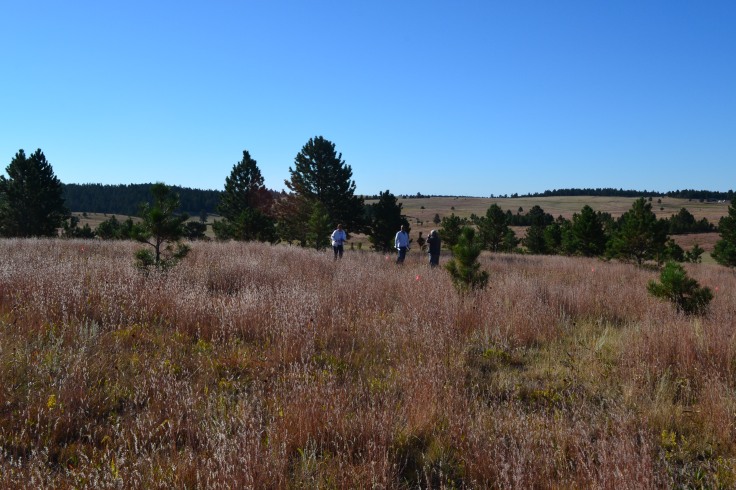 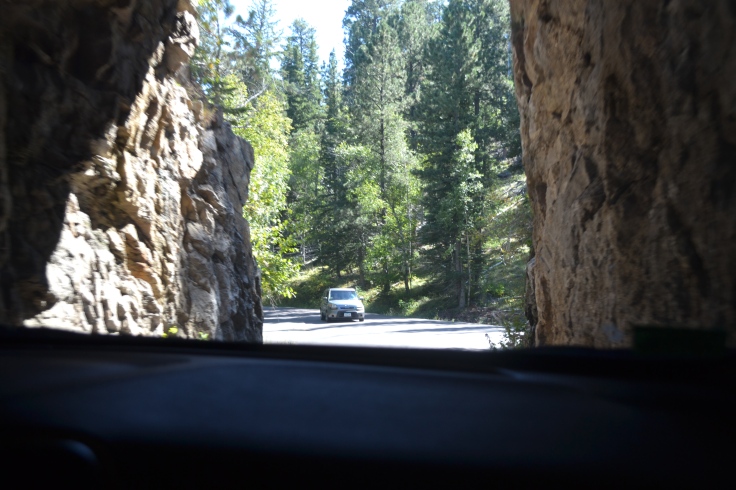 Sunday 13th: Jen’s parents left early and we headed back to the property. Our neighbor “Cowboy” Dave showed up on his ATV and drove us around our perimeter pointing out some history of this area. Dave said he needed to check on a couple of newly born calves and asked if we wanted to tag along which of course we did! He asked his dogs Hercules and Arrow to make some room for us and we were off.  Jen was in heaven surrounded by happy dogs.

After locating one of the calves but not the other, Dave took us back to his place and showed us his farm and house, very nice and knowledgeable neighbors! We look forward to spending more time learning from Dave and Linda.

Sunday afternoon we had scheduled to have lunch with our other neighbor Sheri, the original owner of the land on Stagecoach Springs road. We planned to meet a local restaurant but when we called Sheri to confirm the time she said the restaurant was closed but had a backup plan. Sheri’s daughter-in-law was making us lunch at her house, gotta love the hospitality of small town America!  She made Elk stew and banana bread for us and it was awesome!

Random pictures of the property. 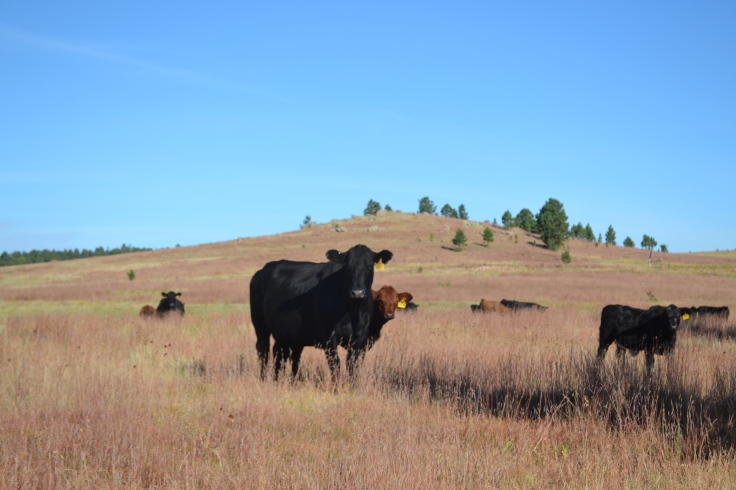 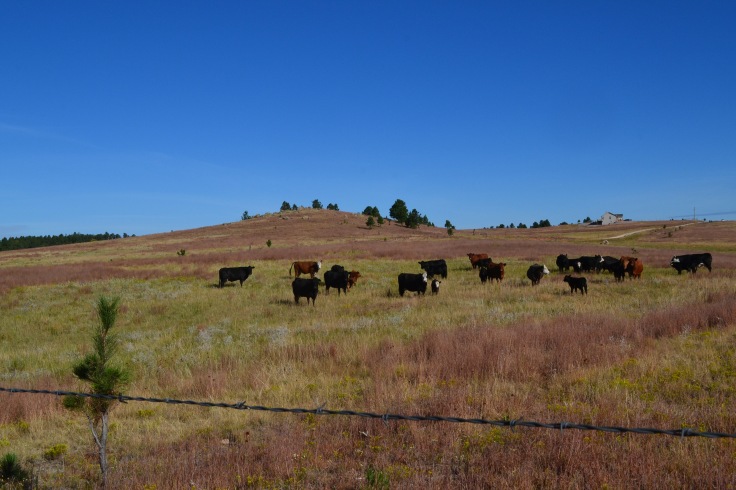 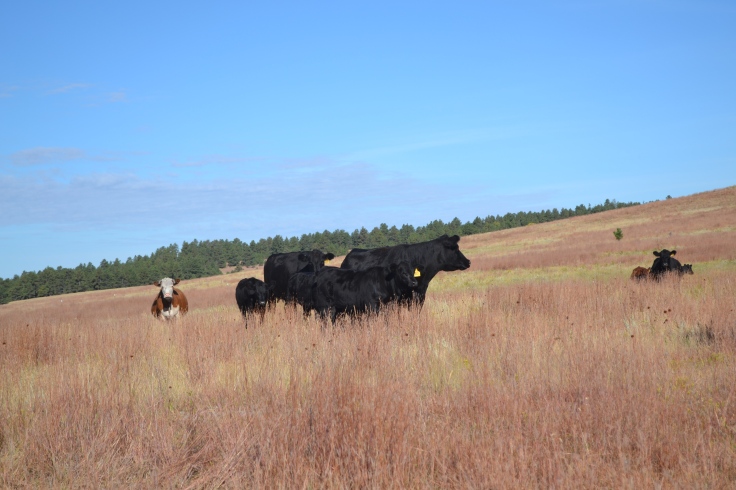 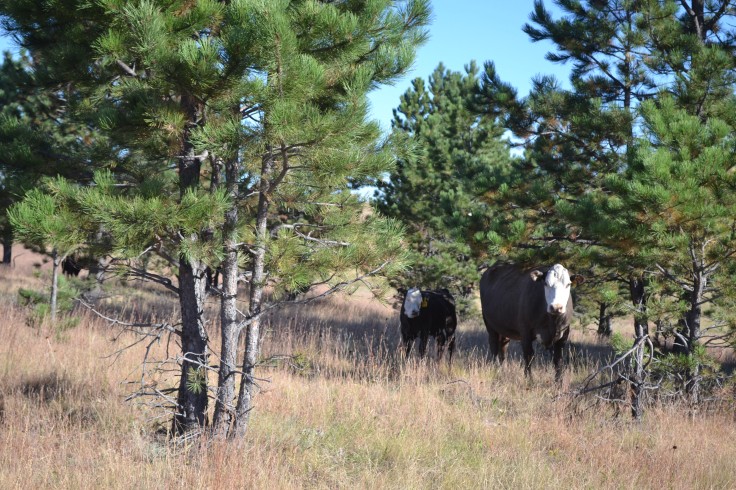 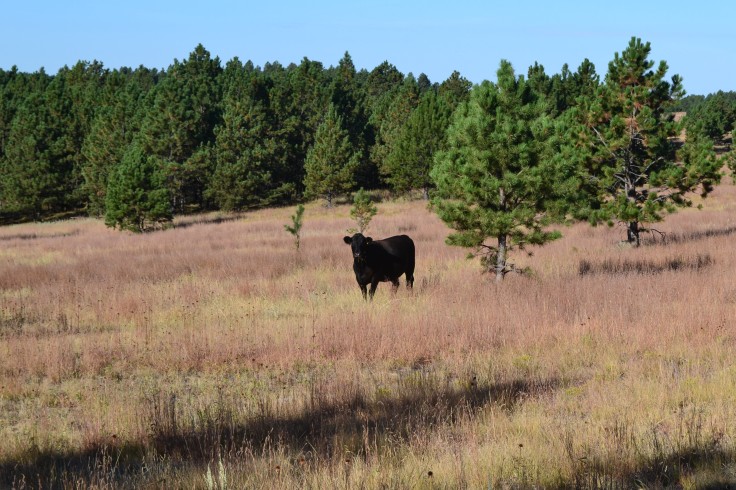 Monday 14th: We had the morning free so we had breakfast at the hotel and then parked the car on the west side of town and took a tour of downtown Custer. We love this little town! 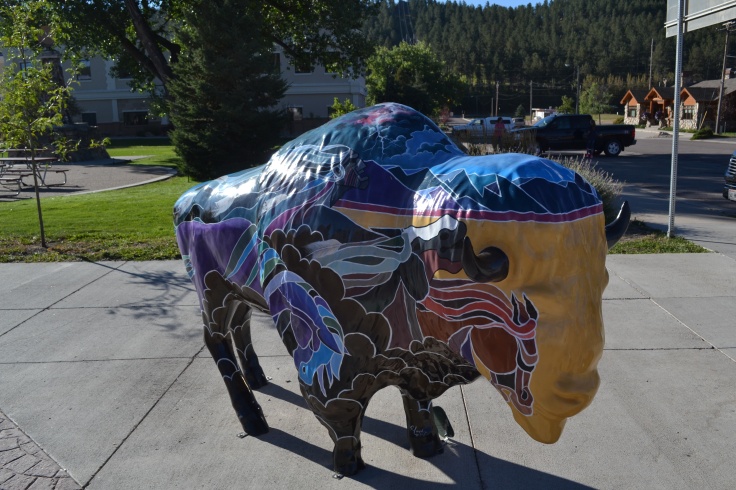 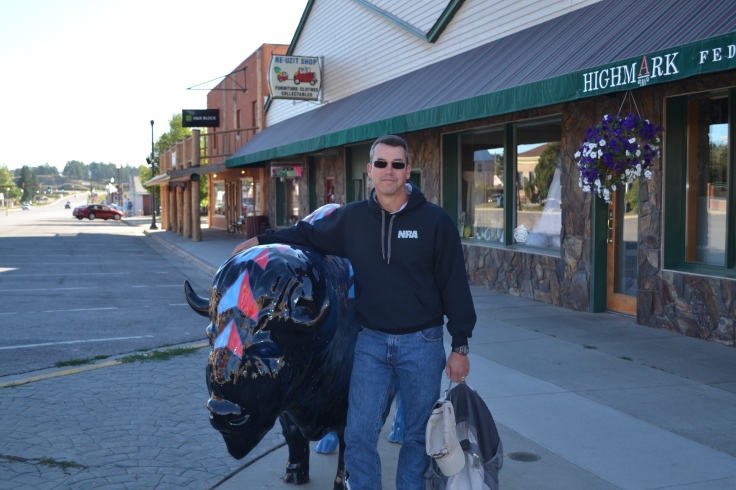 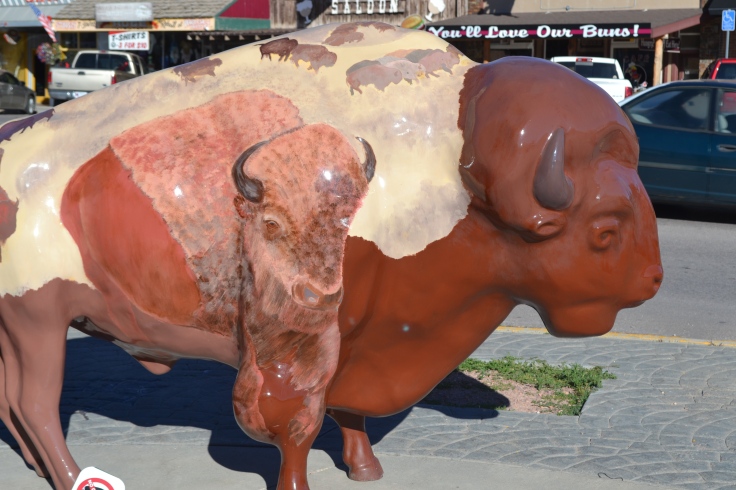 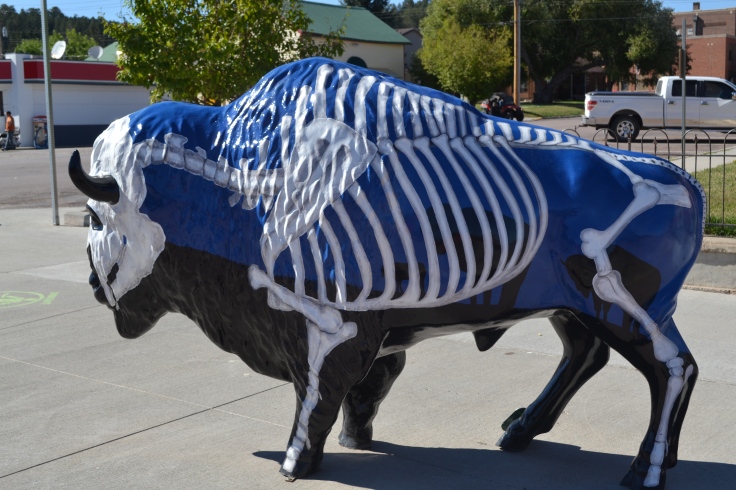 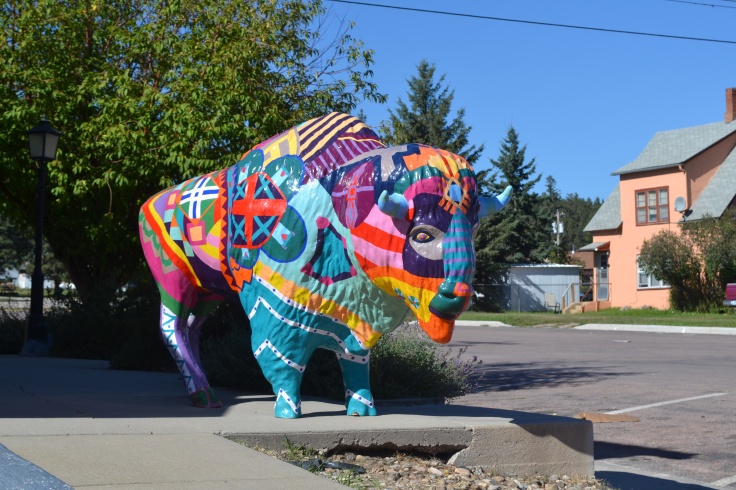 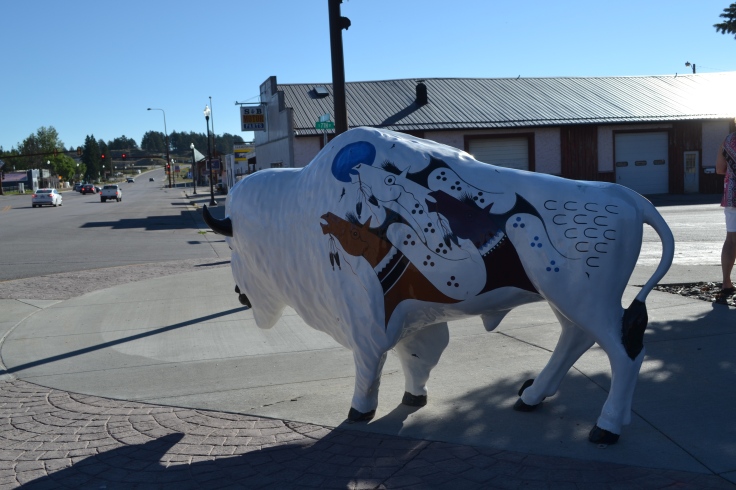 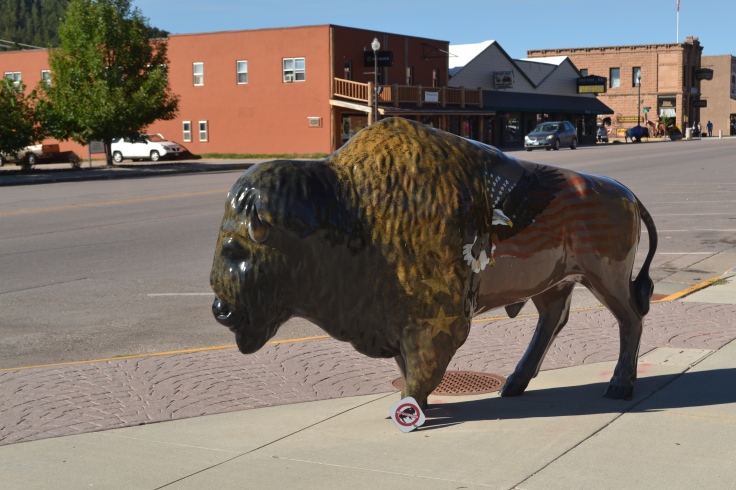 After touring the downtown area we stopped in at Subway for some sandwiches for lunch on the property. We met with the power guy at noon who gave us an idea what it’s going to take to get power to the build site. We have some work to do!

Then we stopped by to say our goodbyes to Dave and Linda and our other neighbor at the top of Stagecoach Springs Road, Cathleen before heading back to town to get ready for our trip back to reality early Tuesday. Our flight left Denver at 1:15 and it’s a little over a 5-hour drive from Custer so we really needed to rest up and get an early start.

Tuesday 15th: We got on the road just after 5:00 am and we made the trip back to Denver with plenty of time to spare. If we had brought Elvis with us, we’re not sure we would have left!

Wednesday 16th: Back to work, Boo!

Build Site, Vacation, What to do in Custer